Speckled trout, also known as spotted seatrout, make beautiful mounts and we love creating them at New Wave Taxidermy. We see a lof of these fish coming from Texas but they can be caught all along the Gulf Coast around Florida and up into the Carolinas.

All of our fish mounts are handcrafted in Stuart, Florida and have been for more than 40 years.

Please take a moment and view some of our work below. Should you have any questions don’t hesitate to contact us by phone during regular business hours or by the form on our contact page. 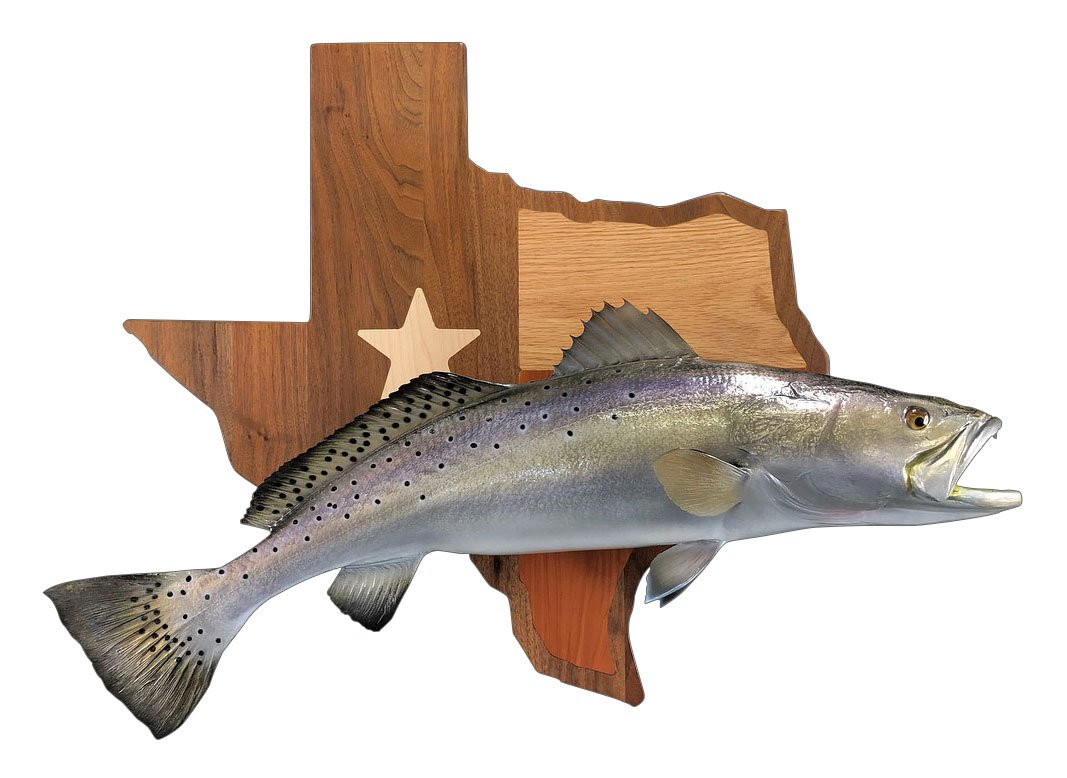 we offer free cost estimates on all of our work

take advantage and fill out the form below the gallery

Speckled trout are an extremely popular fish caught mostly along the coastline from Texas around Florida and up into the Carolinas.

They are commonly found in bays and estuaries inshore. They tend to stick to shallow water grass beds, pilings and sand bars during the warmer months and move into deeper waters as the temperature declines.

Most adult speckled trout grow between 19-25 inches and weigh between 2 and 4 pounds.

Due to them being fun to catch and quite delicious, speckled trout are regulated nearly everywhere they are caught.

Artificial lures including spoons, jigs, and plugs are extremely effective but nothing beats live shrimp as they are a favorite of speckled trout.

If you have any questions please don’t hesitate to reach out to us during our business hours listed at the bottom of the page.

Fill out the form below and if possible include a picture of your fish. If you have any specific details or any questions at all please contact us during our regular business hours listed below.